Pirates of the Caribbean 4: On Stranger Tides *Giveaway*


Captain Jack is back and PIRATES OF THE CARIBBEAN: ON STRANGER TIDES sails into theatres this weekend!~
Produced by Jerry Bruckheimer and directed by Rob Marshall, “Pirates of the Caribbean: On Stranger Tides” captures the fun, adventure and humour that ignited the hit franchise—this time in Disney Digital 3D™. Johnny Depp returns to his iconic role of Captain Jack Sparrow in an action-packed adventure. Crossing paths with the enigmatic Angelica (Penélope Cruz), he’s not sure if it’s love—or if she’s a ruthless con artist who’s using him to find the fabled Fountain of Youth. When she forces him aboard the “Queen Anne’s Revenge,” the ship of the legendary pirate Blackbeard (Ian McShane), Jack finds himself on an unexpected adventure in which he doesn’t know whom to fear more: Blackbeard or Angelica, with whom he shares a mysterious past. The international cast includes franchise vets Geoffrey Rush as the vengeful Captain Hector Barbossa and Kevin R. McNally as Captain Jack’s longtime comrade Joshamee Gibbs, plus Sam Claflin as a stalwart missionary and Astrid Bergès-Frisbey as a mysterious mermaid. 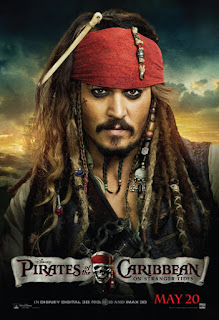 "Captain Jack Sparrow (Johnny Depp) finds himself on an unexpected journey to the fabled Fountain of Youth when a woman from his past (Penélope Cruz) forces him aboard the Queen Anne’s Revenge, the ship of the formidable pirate Blackbeard (Ian McShane)."
When: In theatres, Friday May 20, 2011
Website: http://www.Disney.com/Pirates
To celebrate this new Pirate adventure, Disney Canada has offered up a super prize pack! The giveaway will include a t-shirt, bandana, poster, pirates pin and 2 temporary tattoos! 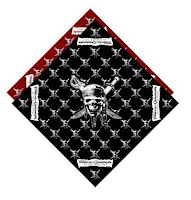 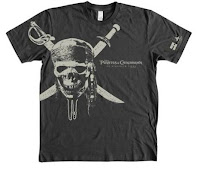 EXTRA ENTRIES: (please leave your email address and a separate comment for each extra entry or your entry will be excluded)

-Tweet this giveaway (may tweet one time per day for an extra entry):
Win a #DisneyPirates #Canada prize pack courtesy of @MixtressSamiJoe (PTOW) and @DisneyPictures  http://bit.ly/iAp1Ju Ends 05/20/11
GOOD LUCK!

*Peek Thru Our Window brings you this giveaway sponsored by Disney Canada, for pure fun! No compensation was received.

Lisa Dugo said…
Liked Peek Thru Our Window on facebook and left comment (Lisa Dugo)
gabrieldugo at hotmail dot com
May 16, 2011 at 1:21 PM

edler said…
Pretty nice post about this movie Pirates of the Caribbean 4. I just came across your blog and wanted to say that I’ve really liked reading your posts. Anyway I’ll be subscribing to your blog and I hope you post again soon!
May 17, 2011 at 7:53 PM