If you've been following 'Peek Thru Our Window' on Facebook, you'll know that a few weeks ago, I had the BEST parallel park of a 2015 Ford F150 in competition, and WON the use of a 2015 Ford Mustang GT for a week!

The shiny, red Mustang we brought home was a manual transmission, and so (me, being extremely out of practice driving stick) I decided to let DaddyO drive the car for the week.... because I'm a nice wife like that.  DaddyO's brother was also coming from Ontario for a visit and it seemed like the perfect opportunity to let the guys have a bit of fun! 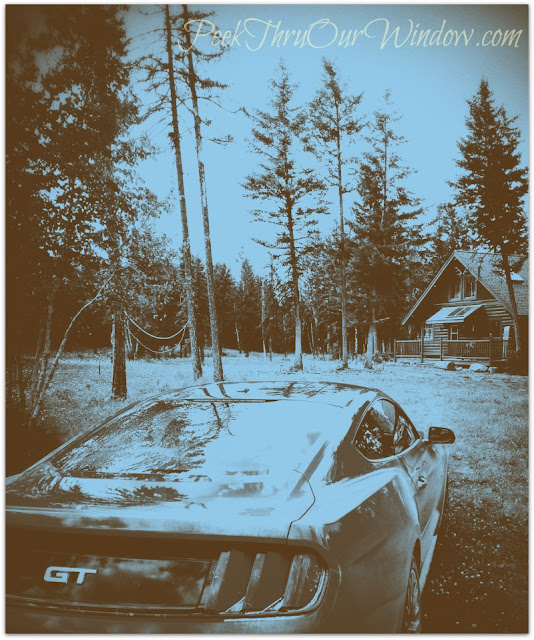 When I was told that I was going to drive the new 2015 Ford Mustang on the weekend I was visiting the mountains, I was immediately excited to check it out. I had read quite a bit about the new redesign and was ready to put the car through its paces, and to see how it measured up against previous models.

Instantly, I was impressed by the look of the car! The muscular shape of the rear end and longer sloping hood line, hints back at the earliest fast back designs. A very welcome throwback indeed.

The interior was spacious-- I am 6'8, and I fit comfortably in both the passenger and drivers seat. The Recaro sport seats were a bit tight for my liking; however, if I were to buy the car, I would likely have these customized. The instrument layout was well designed and very intuitive, and the brushed aluminum toggle switches were also a nice touch.


The performance of the 2015 Ford Mustang GT was impressive to say the least. The power and accompanying engine and exhaust noise is addictive! The car pulls hard, breaks very well and the body showed little to no roll, under spirited driving conditions. I did however, find the shifting to be somewhat tight and at times cumbersome, as you attempt to race through the gears.

The drive from Calgary, Alberta to Radium Hot Springs, British Columbia presented every type of driving condition: Economical highway cruising (6th gear was well suited for this), tight switch backs, canyon cruising in the mountains and of course, stop and go traffic. Admittedly, the speed limit was exceeded once or twice (for testing purposes) and the Mustang did not disappoint in any of these challenging environments. 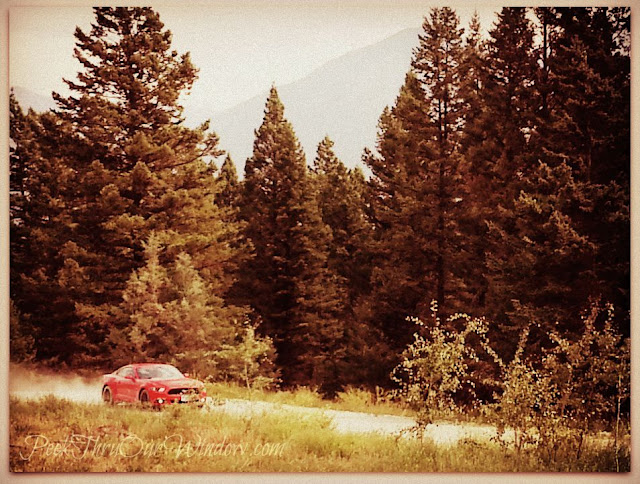 Driving a bright red sports car can sometimes cause people to look at you with disdain, especially as you pull out to pass them on a tight mountain road. YET-- to my surprise, the Mustang did not elicit sneers, but was instead greeted with multiple thumbs up and encouragement to speed up, so the car could be properly checked out.

All in all, Ford has pushed its Mustang into a new era, bringing back a few key ingredients that caused the car to be so successful in the first place. I know that the Mustangs from the mid-90's until now have been successful for Ford, but if I had purchased a Mustang last year, I would immediately sell it and upgrade to the 2015.


I hadn't imagined the guys to be 'Mustang' men at all, but I found out that a powerful (and beautiful) sports car can bring out the enthusiasts far and wide!