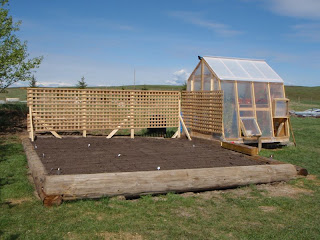 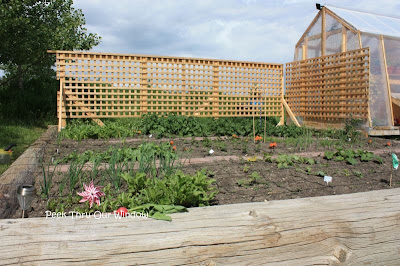 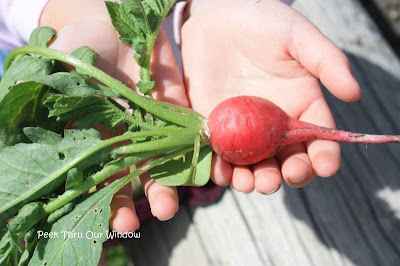 And so far, have only lost a watermelon plant (what was i thinking?-it don't grow here!) and some corn. Though, from what i hear of how well Alberta's famed Taber Corn crop is doing...i shouldn't feel so bad :(

Apparently, potato has also been pretty much washed out from this years LONG rain (like, 4 weeks straight of it-ugh). Guess i win!?! My garden is above ground, so i think that saved their spuds. Phew! (This is all purely coincidental as i have never grown spuds, nor do i know anything about growing spuds...) I am a wee concerned i might be eating a lot of this starchy tuber come Fall.

Note to self: Plant half, maybe only 1/4 of what was planted this year. Yowzers! 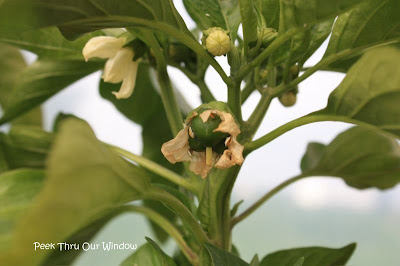 The greenhouse is playing nice with me at the moment; we've certainly had our 'issues'. I have spent a few weeks fighting Aphid terror! Just when you think they are gone, goodness...there they are again! Oddly, they seemed to prefer the super-dooper hot Pepper plant- dish soap and water in a spray bottle. Worked a treat.

I battled rust too. I had been growing plants for six weeks or so before i first noticed something was up? The tomatoes and cucumbers just didn't seem to be looking so fine. Googling my hours away i was able to determine that it was indeed 'rust' symptoms. But was still clueless as to how or where it came from?
The answer: i could no longer water greenhouse fare with well water. The well water, while drinkable, contained the rust that was ruining my plants. Four or five casualities reported.

This new round of tomatoes is already flowering and the cukes that i had to redo, are actually better and more plentiful than the first round. Hubby helped set up a rainbarrel system for watering the greenhouse stuff and i have to say, my plants look kickass for it! 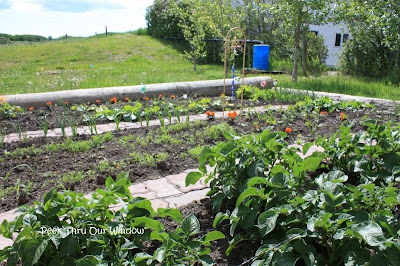 Claudya Martinez said…
I'm too am impressed. I didn't know that rust could harm plants. There is much that I do not know about plants.
July 7, 2010 at 5:41 PM

Claudya Martinez said…
This comment has been removed by a blog administrator.
July 7, 2010 at 5:41 PM

Melissa said…
Your garden is fab.
I can't wait to one day own our own property that actually has a yard so we can grow something yummy. I'll be coming to you for advice when that happens.
July 8, 2010 at 1:11 PM