On the eleventh day of Christmas, my true love gave to me... 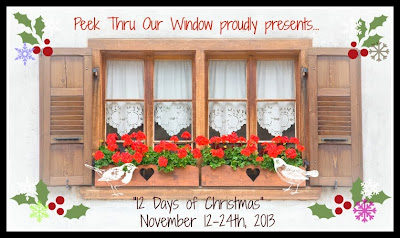 The holiday season is near and Edo Japan is making Calgarians' holiday season Simply Better! As part of Edo Japan's 'Simply Better' campaign, several Edo Elves will be hard at work spreading holiday cheer with good deeds from November 28th to December 21st !

The Edo Elves will be seen throughout the city performing good deeds to make the holiday season easier and a little less stressful.  The Elves can be spotted helping Calgarians with everything from carrying their heavy bags to scraping off icy cars.  In hopes of spreading the spirit of the season, the Elves will be encouraging others to surprise someone they love!

Edo Japan is also helping the Calgary Food Bank to provide food and resources to those in need. Together, both organizations are working to reduce hunger in the communities in which they serve. For every $25 gift card sold, Edo Japan will donate $5 to a local food bank... hoping to raise more than $15,000!

“Edo Japan cares about the community and would like to make our customers and others lives 'Simply Better' during the holiday season,” said President and CEO, Tom Donaldson. “Hunger affects people from all walks of life and Edo Japan has been supporting the food bank for a number of years now. This holiday season, we wanted to give back not only to the food bank, but to our customers and our different communities as well. We hope our Edo Elves will spread some joy and encourage others to make this a simply better holiday season.”

To make your holiday season 'simply better', Edo Japan has graciously offered up one - $25 dollars gift card to a reader of Peek Thru Our Window.

*Thank you Edo Japan for participating in our #12DaysOfChristmas !*