Mother's Day is a celebration honouring motherhood;  however, for 1 in 6 Canadian couples dealing with the emotional and financial burdens of infertility, it can often be a difficult day.  A new survey released May 3, 2013 shows there is a great deal in common between today's mothers and those struggling to conceive.  The age they wished to have children by and the age they began actively trying to conceive were often similar.  Mothers also exhibited similar attitudes towards the causes of infertility, the challenges to access treatment and the role their government should play. 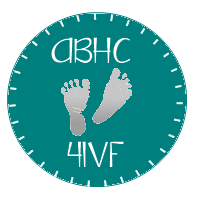 
"I faced infertility is my mid-20's but was lucky to be able to afford treatment.  I was blessed with a straight-forward pregnancy and healthy son in my first attempt and twins in my second attempt;  however, it was a much more complicated pregnancy and birth," says Narda Simpson, a Calgary mom.  "As we approach Mother's Day, I would like to challenge Canadians to consider-- if your son or daughter faced this medical condition, wouldn't you want treatment to be available to them?"

Over these last months, as a member of the 'Generations of Hope' blogging team, I have discussed many reasons why Albertans should sign the petition in support of IVF funding.  Currently, Quebec is the only province in Canada to provide universal access to in vitro fertilization through a policy that covers the cost of treatment.

"The policy has led to a 'win-win' for the healthcare system and those facing infertility," says Dr. Cal Greene, Director of the Regional Fertility Program in Calgary.  "Many of my patients are young and not financially in a position to afford the expensive fertility treatments.  What we have learned from the Quebec experience is that when we reduce the financial burden on patients requiring IVF treatment, they are far less likely to insist on transferring multiple embryos.  Transferring fewer embryos results in significant financial savings to the healthcare system while achieving better health outcomes for mothers and babies.  This is achieved by reducing complicated twin pregnancies and multiple births which is not only costly to the healthcare system and society, but to families as well."

FACT: In Quebec, multiple pregnancies through IVF have been reduced from approximately 30 per cent to well under 10 per cent, for an estimated cost savings to the health system of $30-$60 million per year since the program's inception.

Canadian Infertility Awareness Week begins May 19th and runs until May 26th.


Let's do it Alberta.  It just makes sense.

Disclosure: I am a valued member of the Generations of Hope #ABHCIVF blog team. As such, I received compensation, but the opinions expressed are entirely my own.