Every few years, the combination of mountain snow run-off and spring rainfall wreaks havoc on Alberta's river systems.   As the river surges and increases in speed, we are reminded of natures great powers and an old saying,


We may also have a spring surge of babies born next March... just sayin'!  (Happens every year following!)


Inset picture taken on May 5, 2012. We walked down the rocks riverside and watched a deer cross.

Main picture taken on June 9, 2012. The river is very full and may overflow its banks. 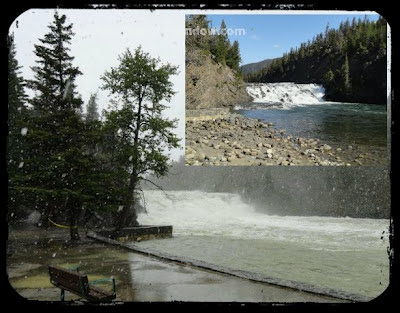