Yesterday, I took chicken breasts out for dinner before leaving for work, but I wasn't quite set on what I'd actually do with them come dinner?

When we returned home after swim team practice at 6:20pm (and a solo parenting night to boot!), Xman suggested making a Chicken Stew because his braces had been tightened recently and his mouth was still sore.

We all thought that a chicken stew sounded fantastic, as it had been a rather drizzly, wet-snow day; however, I was a little worried about how long the vegetables would take to cook?


After some digging through the freezer, I opted for frozen cubed hashbrown potatoes instead of fresh potatoes. 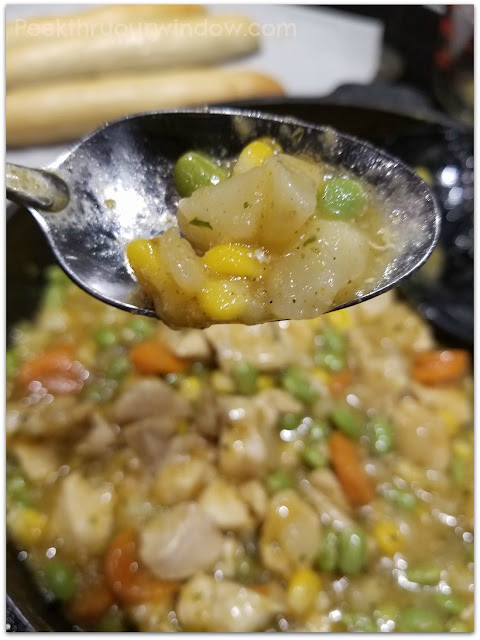 This definitely saved me about a half hour of cooking time and we were eating by 7pm!


Have you done this before?

Unknown said…
Yes, this week has been a rather abrupt way to start into Fall for us. Generally though, we always seem to have at least one snowfall before our Thanksgiving (2nd week October).