Will Kinder Treats Win You the #MomoftheYear Award? 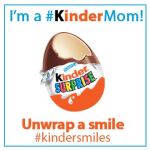 The other day... Monday actually, I decided to peruse the school website. I needed some up-to-date bus information, as the first day of school loomed a week away. As the page loaded, the following words were revealed:


SINCE WHEN does school start before Labour Day?? We've been doing this school thing for a few years now, and school in this county ALWAYS heads back the Tuesday following Labour Day. I know that Labour Day is a little bit late this year, but really, why break what isn't broke?

Because I had not looked at the website sooner, I was now going to have to forfeit my MommyO-of-the-Year Award for lying to my children! I hadn't intended to lead them astray, believing that this would be one heck of a last week of summer. In any case, I had to fess up right away, as the clock quickly ticked down the minutes.

"Sorry to tell you this kids... who I love dearly and would never intentionally lie to (shh! Santa, the Tooth Fairy and the Easter Bunny do NOT count!), but school actually starts on Wednesday."

I prepared for the worst, but they actually took it pretty easy on me. We crammed in as much fun as we could in those last hours (including a trip to the grocery store because that's my favourite thing to do- NOT!), and mentally prepared for the routine switch.

Since I had totally robbed my kids of their last week of summer, I thought I might try to win that MommyO-of-the-Year Award back with a first day, back-to-school SURPRISE! 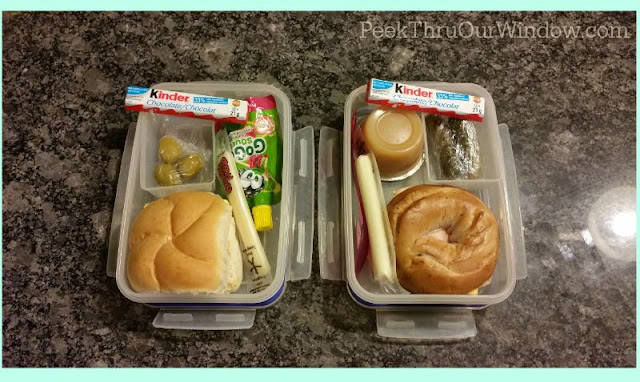 Now in all fairness to their Teachers, I won't be making this a daily habit; however, a #KinderMom has to pull out these kinds of tricks once in awhile. Oh, and Kinder® products are also made in a nut-free facility, so they are entirely safe for school-zones.

As always, Kinder Canada wants to hear about your Kinder adventures!