Dare to Dream with Disney on Ice!

We have been to see a few Disney on Ice shows now, and it is always an amazing experience! Sure, it's Disney... and no one does it better than Disney, but it isn't even just about that. When you look around the room at a Disney show, every single persons full attention is on the show. Kids are smiling, parents are singing along-- for just a few minutes, we escape our lives and live the story on the ice.

This year, Beebo and Xman decided to give another family the chance to experience Disney magic, and gave our passes to our friend Sarah and her kids. Read their thoughts on the show below. 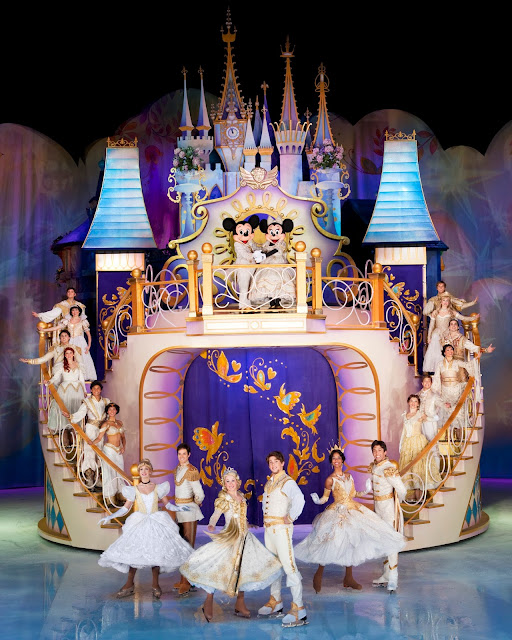 "My daughter and niece (4 and 7) were thrilled when I surprised them with tickets to Disney on Ice - Dare to Dream.  Featuring all of our favourite Disney Princesses, Tiana, Snow White, Cinderella, Rapunzel, and of course Mickey and the gang, the girls loved that the story lines were familiar, but left them guessing what was going to happen next?

The crowd was a good mix of girls and boys of all ages, and many were dressed as their favourite Princess or Disney character. The show was about 2 hours long with one short intermission, just long enough for a bathroom and snack break.

The girls (and the adults!) were engaged for the entire show and were often talking to the characters, clapping and dancing. The costumes and scenery were all very well done, with many transforming costumes to allow the skaters more freedom to move while still keeping with the original looks of the characters.

The skaters were very impressive with lots of spins, jumps and lifts. Almost half of the show featured Rapunzel and Flynn from Tangled, doing some very impressive aerial tricks... flying off the ice using Rapunzel's hair!! The big finale featured more princesses, including Ariel, Jasmine, Belle, Aurora and Mulan.

Tip: As with any event of this kind, there are souvenirs to be had everywhere you look. We were able to get each girl a few treats without totally breaking the bank, but you'll have to make you selections carefully or things could get out of hand quickly!

Thank you Disney on Ice for such a fun night out! The girls are already asking when we can go back?"